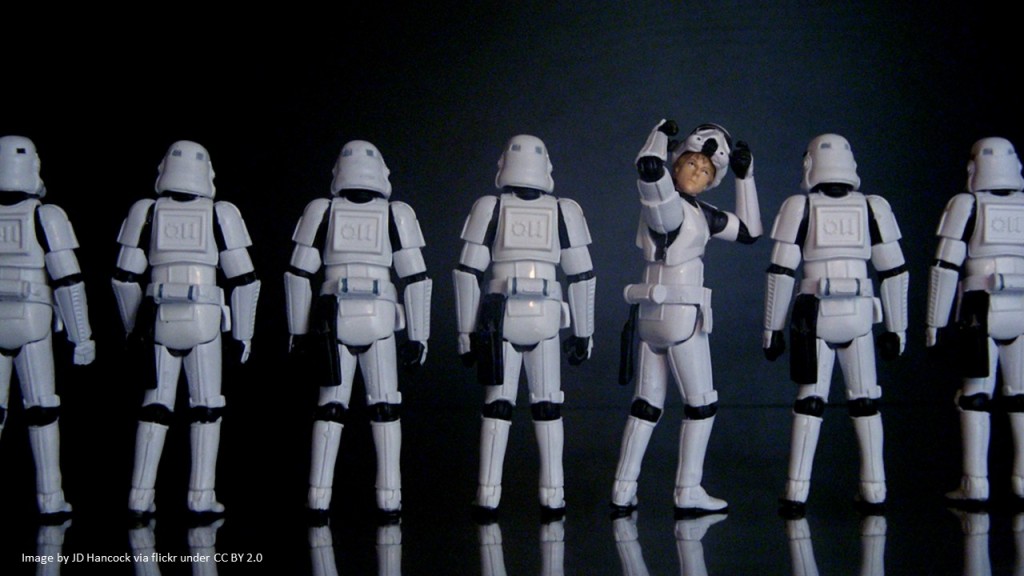 Moving the meat is medical slang, a phrase I hate. It is derogatory, unethical, amoral, conceptually wrong, dehumanizing and operationally inefficient; yet the term is used every day in thousands of clinics, emergency departments and hospitals around the world. The idea of moving the meat is the concept of trying to be as efficient as possible, focusing on satisfying the system more than the patient, keeping the production line running no-matter-what; the hidden intention is not to pay attention to the patient as a person but only as part of a large Henry Fordesque assembly system.

Boris Veysman made a poignant commentary in his 2010 Annals of Emergency Medicine article “Butchers Move the Meat; Doctors Care for Patients”. He tells the story of his grandmother getting poor quality care (the doctor almost missed her acute glaucoma) because of the perceived focus in keeping the patients moving. In others words it is more important to move the meat, than actually do what is right for the patient. In quality process jargon, the (flawed and inconsistent) argument is that the amount of defects in the process is irrelevant as long as the process continues.  This makes no sense on many levels of health care.

As physicians our prime directive is to care for the people trusting us with their well-being (and lives). At the same time we recognize the critical aspect of preserving and expanding the healthcare brain trust (concept by Benjamin Sandefur) by educating professionals who will serve as the next generation of healthcare providers.  Of course, all of this is on the background of “no money, no mission”; we need to efficiently produce to keep the lights on in our hospitals, clinics, and schools.

The divide between a Clinician Eductor’s duty to their patients and learners and operational efficiency is not small. A few years ago, Jim Colletti published a research piece showing that commitment to knowledge and instruction actually decreased the throughput times of the observed faculty. (See here for another example)

Ioannidis recently coined the idea of Finance Based Medicine, as a sort of joke on the extreme influence of funding factors in the creation of medical knowledge, particularly biomedical research. We understand and accept the industry behind medicine, but we need to escape the oppression of finances or cold-blooded algorithms in the face-to-face encounter with the patient and the learner.

I was in despair until I stumbled upon  an ICRE presentation from Victoria Leung, Laura Quigley,Wai-Ching Lam, Rodrigo Cavalcanti and Brian Hodges. They propose a theoretical framework to start narrowing the divide; the structure is based on a fantastic paper by Golden and Martin (Using systems thinking to (re)design Canadian healthcare).

Here is the idea in a nutshell:

The core concept is to incorporate the culture and values of education, patient care and operations into a common matrix.

The education group should be given a voice at the table to participate in the design of the pathways of care, as learners represent a very significant workforce in academic institutions. As part of this, the goals and roles of teachers and learners need to be explicit. Accountability should exist; particularly in terms of dedicated time and benchmarks for achievement.

A key concept is that within the “production line” construct that I hate so much, there is also an embedded education system affecting all aspects of the production system. Focusing on only one group (e.g, the residents or medical students) without investing resources and attention to other groups (e.g., nurses, clinical aides, paramedics) is not only wasteful and impractical, it also creates silos and divide that does nothing more than creation resentment and a culture of “us and them”.

Our learners are extraordinarily smart people, many of the time they are better informed than their supervisors (à la Flynn effect); their opinion and feedback is key to understand how well the system is running and how we can make it better for everybody. Development of metrics and feedback loops including the educational/academic component of practice is of paramount utility.

Last, we forget about the future when we dig too much in the present of our healthcare systems. One of the major reasons current healthcare systems and academic institutions are functional is because of the immense brain trust created by generations of teaching and academic scholarship. This brain trust, composed by thousands of physicians, nurses, scientists, social workers, paramedics is what keeps this machine running. If we focus too much on the machine and not enough on the people, we run the clear and present danger of destroying the brain trust.  We need to invest in our learners (and patients), not simply move the meat.

“Waste no more time arguing about what a good man should be. Be one.” – Marcus Aurelius