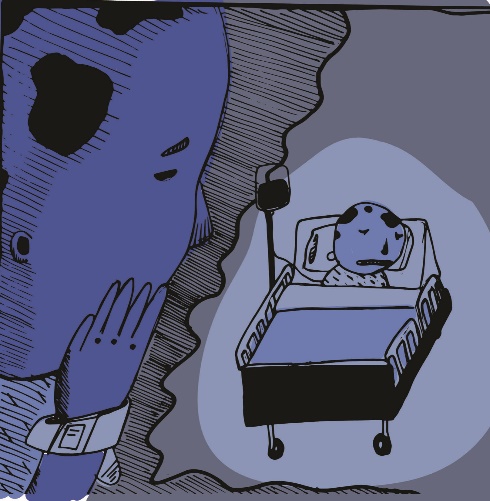 “3am with a really sick ward patient is the loneliest place in the world ….”  – My Chief Medical Resident when I was a PGY1

In a post several months ago, I commented on the frequent lament of many faculty about, “when I was a resident”,  and how this wistful comment about the past  usually implied a better time. However, it does sometime accompany a recognition that things have improved. Last time, I reflected on the changes with duty hour reforms. Now, at this half-way point through the academic year, it also makes me think about how some care models and technology have changed from the “good old days.” There have been significant transformations in both, but again, like with duty hours, not without potential unintended consequences that challenge us to continually evolve as educators.

I recall that 3am with a sick ward patient really could be pretty terrifying as a PGY1 (and I am sure still is). My Chief Resident said the above quote to ensure that we recognized everyone, not just each of us as individuals, felt this way and that it was normal; and to remind us that there were people to call for help, such as senior residents, ICU/CCU residents, or even your staff physician. While in theory this should have been reassuring, it didn’t always seem to happen in practice. I remember being with patients who were desaturating on escalating rates of oxygen delivery or were hypotensive despite my boluses of fluids, and telepathically willing the ICU resident to get there faster – as he or she was also swamped dealing with patients in the unit and with other consultations across the hospital. It did not really occur to me to call my staff for advice (although in reality I could have as they were all great – but you just didn’t). We did some stuff that, in hindsight now, seems a little crazy, like cardioverting patients with just another PGY1 on the ward. We were sometimes scared, and at times likely a bit clueless, but we got used to it and with time it made us more comfortable managing acutely deteriorating patients.

In the last decade or so, the evolution of Rapid Response Teams or Critical Care Outreach Teams (or any of the other many names they may go by), have significantly helped with caring for the acutely deteriorating patient in most teaching hospitals. An inter-professional team usually made up of an ICU nurse and a respiratory therapist at a minimum, with an ICU attending or fellow available either in person or by phone, are readily available to assist in the care of these patients to try and stabilize them, or bridge their care until a higher acuity bed can be found. They are extremely valuable for patient care. Just recently, my PGY1 called me to tell me that Mrs. X with influenza, COPD, and CHF had significant respiratory distress, “so I just called Rapid and they came and gave her more furosemide and put her on BiPAP and took her away to the step-up”. This was obviously optimal for the patient and she had a good recovery.

However, was it great for the resident? Maybe. Obviously we want our patients to receive the best care, but we also want our residents to receive the best education. It is a fine and tricky balance between giving learners autonomy to manage patients at the boundaries of their comfort zone, while still safeguarding patient safety – which is of course our number one priority. This challenges us as educators to evolve our practices to new models of clinical care, which in this example is to ensure that residents don’t lose out on learning skills in resuscitation early in their training (as they’ll be expected to be able to do this more independently in the following years).  For example, we have appropriately become more reliant on the use of simulation to give residents exposure to these sorts of situations, before they encounter them for the first time on the wards (hopefully). But we also need to make sure our residents recognize and take advantage of the enormous expertise and learning that can still occur in the clinical setting. Too often, as I’ve heard from my ICU colleagues, the primary care resident may leave once they arrive, or take a backseat to the resuscitation. This is terrible. Not just for the patient, as the resident still knows the patient best, but also for education. If the resident is engaged, they can get all sort of experiential teaching from this – from what sorts of pressors to use to doing procedures, etc. By retaining ownership of the patient and remaining engaged, they still benefit.

A lesser degree of the above has also occurred with the explosion in the use of smart phones, and in particular texting. We used to have to page our staff if we wanted to talk with them – it seemed a really formal and intrusive thing to do, and was rarely done. However, texting seems so much more informal and like a causal conversation that it has become prevalent. Currently I regularly get texts (without identifying patient data) from residents asking things such as what antibiotics should Mrs. X with positive blood cultures be on or whether we should get an Xray for Mr. Y as he’s requiring a bit more oxygen today. Again, increased supervision and greater input from an attending is optimal for patient care. But it has the potential to infringe on developing autonomy in care plans and building clinical judgement. We need to again be mindful of these interactions and while providing appropriate supervision, still push trainees to make decisions and arrive at management plans independently, prior to seeking input. So that the discussion is more about their plan, rather than a directive.

Obviously, I would not suggest returning to days without critical care outreach teams or to relying solely on paging for communicating information. However, as changes in care models and communication evolve to optimize patient care, we need to be mindful of how these may have unintended consequences on the learning and development of our trainees. We need to simultaneously evolve our education practices to ensure that we don’t lose what was good about the old way of doing things, but incorporate it and make it better.

Picture taken from illustration by Yuko Okabe, The Indy.  http://www.theindy.org/852