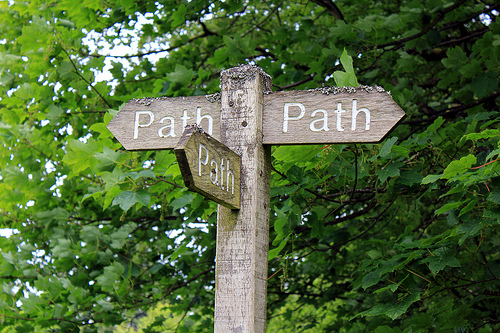 “We need to teach how doubt is not to be feared but welcomed. It’s okay to say, ‘I don’t know.’” -Richard Feynman

A group of medical students meet their preceptor’s questions about a sample case with awkward silence. A resident freezes up when an attending physician presses him about his treatment plan for a deteriorating patient. An attending deflects with technical details as a family asks her about their loved one’s prognosis. In each of these scenarios, communication and learning are hampered because too many of us in medicine have internalized the idea that it’s never okay to say, “I don’t know”.

Those entering medical school with prior healthcare experience (paramedics, nurses, etc.) arrive with an advantage: comfort with saying, “I don’t know”. By nature of their profession and role, other healthcare workers operate with incomplete information and less foundational knowledge in comparison to a physician.  While no concrete evidence exists to codify this phenomenon, we hypothesize that it is a result of two environmental components. First, those with prior healthcare experience have cared for actual patients – whose problems, complaints, or symptomatology do not fit neatly into a clean textbook diagnosis or treatment plan. Second, these healthcare provider groups are used to working collaboratively without the pressure of constant evaluation and comparison to their peers. This is in contrast to the hierarchical structure of physicians where the emphasis is on individual evaluation and autonomous functioning.

These parameters allow learners from other healthcare disciplines to accept the limitations of their knowledge and embrace the opportunity to learn and improve. However, in medical training, only a small minority of students have a similar comfort level. Medical schools by design recruit academic superstars who have been outstanding performers since university (or earlier) and who are unaccustomed to and uncomfortable with any outcome that might be equated to failure. The competitive nature of medical school admissions spills into medical education, building students who continually compare themselves to their peers to ensure they are on track. Showing weakness in this setting would be to admit that they are not, in fact, the best.

The educational culture in medicine is hampered by a pervasive aversion to admitting one’s limit of knowledge and ability, despite the fact that faculty expect trainees to be inexperienced. This hidden culture manifests in small group and clinical learning environments, where discussions are stifled by a reluctance to contribute for fear of being wrong or appearing intellectually weak. An inability to admit one’s own ignorance during the preclinical years of medical education has important downstream effects. Students who are not empowered to disclose ignorance in the classroom are ill prepared to do so on the wards to the detriment of their own learning and, potentially, the welfare of their patients. We are left with learners who possess fragile egos, reliant on external validation of their value and abilities. Interruption of this external validation results in a crisis of self-identity and thus, a fear of admitting and embracing “I don’t know.”

The ability to say, “I don’t know”, is governed by three general principles in cognitive psychology. The first principle is the acknowledgement of a personal limit of knowledge and ability. This principle is critical to navigating challenging circumstances,1,2,3 avoiding symptoms of depression,4 and decreasing anxiety about facing tough situations.5 Recognizing the limitations of ability also helps to avoid the well-documented phenomenon of novices overestimating their abilities- the Dunning-Kruger Effect.6 Growth and advancement as a learner requires an accurate appraisal of one’s weaknesses. Admitting uncertainty allows the learner to embrace their limitations and strive to expand their understanding and comprehension. Saying “I don’t know” is honest and an important step in the path to attaining expertise.

The second principle is cognitive reframing.  Saying “I don’t know” should be seen not as an indication of failure, but rather as an opportunity to grow.  The ability to reappraise and reframe increases one’s capacity to deal with stressful situations.7 It’s also associated with increased emotional resilience, more effective coping skills, and a stronger sense of meaning and purpose.8,9  It’s an integral part of what psychologist Carol Dweck calls a “growth mindset”.10  Adopting this reframing, and seeing “I don’t know” as a challenge or step on the path towards mastery, can lead to attaining higher levels of understanding, enhanced sense of control, and greater feeling of free will.11

Dweck contrasts the “growth mindset” with the “fixed mindset”. Those with the fixed mindset view learning as a series of opportunities to demonstrate that they are smart. Those with the growth mindset view learning as a series of challenges to confront as they figure things out and develop increasing expertise. For those with a fixed mindset, every “I don’t know” is an admission of innate inadequacy; for those with a growth mindset it is an opportunity to learn and progress. The endless trail of grades and standardized test scores that lead to and follow through medical school certainly pushes learners towards adopting a fixed mindset about their ability. We get into med school by proving that we are smart, over and over again. Admitting that we don’t know something can feel like a complete reversal of course. However, adopting a growth mindset casts off the insecurity of admitting a weakness, and embraces new ways to be challenged. The growth mindset cultivates a desire for lifelong learning the makes for a fulfilling and sustainable career in medicine.

Third, reframing empowers the learner to move on. A renewed focus imbues the power and confidence to grow in future difficult circumstances–times when you may once again have to say, “I don’t know”.  Psychologist Angela Duckworth refers to this passionate perseverance as “grit.”12 Grit is the pursuit of goals and determined continuation when challenged despite the absence of an immediate reward. Duckworth argues that grit matters far more than traditional metrics like test scores. Grit is vital to a future physician because the limitations of our knowledge, the intricacies of individual patients and the complexities of diagnostics, treatment and response of those patients predicts the inevitability of failure. The ability to score highly on an exam does not predict future success. Embracing and developing resilience stems from being comfortable with “I don’t know.” These concepts together can help the novice transition from a fear of revealing their ignorance to the power to embrace it and use it as the impetus towards attaining expertise.

Acceptance into the medical field demonstrates a high degree of achievement. However, we have also chosen a profession where we may lack the necessary knowledge to care for some of our patients. The body of medical knowledge is vast and ever expanding. Medical education needs to prepare learners to practice in a world in which it is unrealistic and unsafe to expect a physician to know everything, every time. There will be times when we don’t know the answer. We believe that in order to deliver great medical care we must embrace this, and by doing so empower learners to find answers. The majority of medical students do not arrive with the experience of a prior career during which they can come to embrace and accept the limits of their own knowledge. However, we can create a learning environment in which all students feel empowered to say, “I don’t know. But I’ll find out.”

Finally, we must recognize that self-assessment is rife with potential pitfalls; we are poor judges of our own ability. We need coaches who can point out what we don’t know and help us to learn more. Faculty members can help to facilitate the embracing of “I don’t know” moments by assisting learners to resolve these moments of inexperience or misjudgment in constructive ways. Similarly, faculty should encourage learners to call a “time out” when encountering an “I don’t know” moment during a procedure or when making critical management decisions. These moments should be embraced as true teaching opportunities. Finally, we believe that much of the negativity in medical education stems from the negative connotations associated with saying “I don’t know.” Students and trainees stating this should not be looked at as ignorant or incompetent but rather should be steered towards rectifying the knowledge gap. We hope that all of medical education can embrace a culture of saying “I don’t know,” seeing it as a genuine opportunity to teach and to learn.

Michael Perlmutter is a medical student at the University of Minnesota School of Medicine and a flight paramedic at Memorial Hermann Life Flight in Minneapolis, Minnesota.  Follow @DitchDoc14;

Chris Root is a medical student at the Icahn School of medicine at Mount Sinai and a paramedic at New York Presbyterian Hospital New York City, New York.  Follow @gueromedico

Michael Lauria is an Emergency Medicine resident at the University of New Mexico Health Sciences Center in Albuquerque, New Mexico and Critical Care/Flight Paramedic.  His area of research focuses on applications of cognitive psychology and human factors in resuscitation. Follow @ResusPadawan